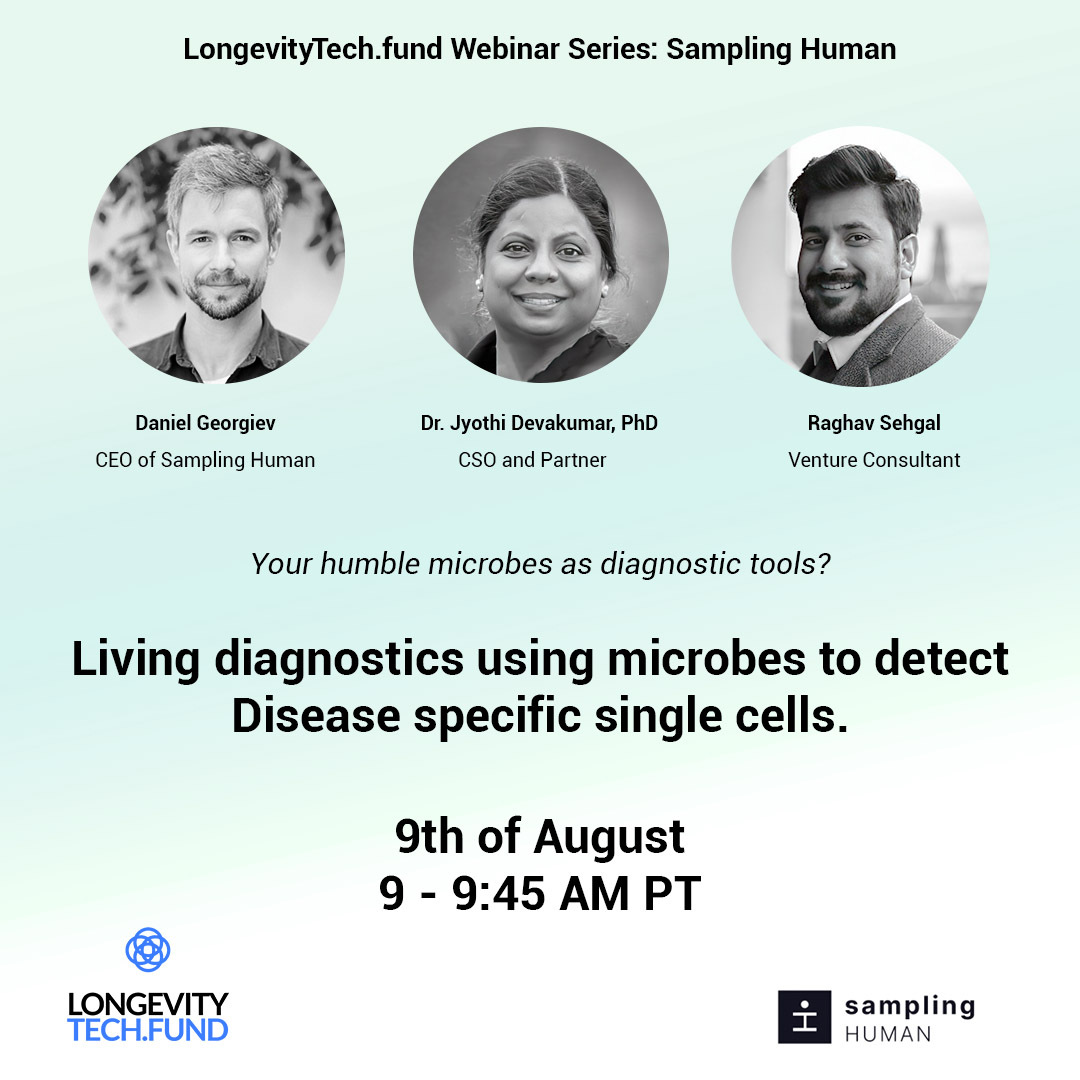 Sarcopenia, defined as the presence of low lean body mass, accompanied by muscle weakness and impaired physical performance is a prevalent condition of old age and affects upwards of 13% of older adults. This condition typically manifests as increased difficulty performing daily physical tasks like walking and climbing stairs and is associated with higher incidence of falls and fractures which can lead to additional comorbidities and death. Importantly though, it is still unclear whether muscle weakness results from the loss of muscle mass or whether it results from an intrinsic change to the function and makeup of remaining muscle. Besides the loss of muscle mass, parameters such as loss of neuromuscular junctions, physical inactivity, hormonal declines as well as undernutrition in the elderly all may contribute to the development of sarcopenia.

Typically, muscle is composed of mature, multinucleated cells or myofibers that bundle together to form a larger muscle structure. If and when an injury occurs, muscle resident stem cells divide and fuse to replenish the myofibers that were lost during injury. In sarcopenia, myofibers decrease in size and number but resident stem cells are also impaired such that they don’t replenish the loss in muscle volume. Given that gradual loss of lean body mass is a symptom of sarcopenia, one logical way to address it has been to attempt to rebuild or reform skeletal muscle. Multiple attempts to do this have centered around the negative regulator of muscle growth, myostatin. This protein, which signals through growth receptors like activin type IIA/B (ACTRIIA/ACTRIIB), functions to regulate the transcription of genes involved in proliferation and differentiation of muscle progenitor cells and protein degradation pathways in mature myofibers. Downstream signaling events of this pathway also inhibit the Akt/mTOR pathway in response to pro-growth signals and thereby suppress protein synthesis and growth. Dysregulating myostatin signaling should lead to increased muscle mass.

In animal models, as well as livestock, deletion, or disruption of myostatin leads to an increase in muscle fiber number and size. These disruptions in myostatin signaling appear to be safe and are associated with increased bone mineral density and lower incidence of obesity, dyslipidemia, and hepatic stenosis in aged myostatin null animals. Furthermore, because this is a soluble target, multiple opportunities for disruption exist. In fact, companies have attempted to commercialize a variety of therapeutic modalities ranging from neutralizing antibodies, to soluble ACTIIA, to follistatin, the endogenous negative regulator of myostatin signaling.

A few years ago, Novartis partnered with Morphosys, a German biotech company, to conduct phase 2/3 trials for a humanized monoclonal antibody against both ACTRIIA and ACTRIIB thus providing a full blockade of myostatin or activin stimulation in skeletal muscle. The drug, Bimagrumab, was tested for its effects on a rare, muscle wasting disease called sporadic inclusion body myositis, and ultimately fell short of attaining the necessary endpoints for approval. Novartis then pivoted and conducted trials for both sarcopenia and recovery following hip fracture in older adults. Although in both cases the drug was efficacious in increasing lean body mass from baseline when compared with placebo, there was no enhancement in physical activity or physical recovery following hip fracture. This result should not be entirely unexpected given that exercise, the most consistent method of combating sarcopenia, has been shown to enhance physical function and strength without significant muscle mass gain. It may be that future drug candidates should be geared towards addressing and mimicking the neuromuscular and metabolic effects of exercise and not necessarily enhancing muscle size. Likewise, including exercise within the trial design, as was done with the sarcopenia trial, risks confounding results by allowing for enhancements in physical outputs for both treated individuals and controls.

Given that physical performance and not muscle mass is the desired outcome for patients and the more powerful prognostic indicator, this result is disappointing. These trials, highlight issues with current drug development targeting diseases of old age. These trials recruited patients who were relatively healthy and who had few comorbidities. This approach, while it allows for a homogenous trial population and reduces the risk of side effects, fails to account for the highly heterogeneous population of older individuals with various frailty indexes and multimorbidities. Any data collected is thus not entirely applicable to patients seen in the clinic. Confounders like nutrition status also have to be carefully assessed as these can severely impact skeletal muscle function.

How a company chooses to define sarcopenia for the sake of clinical trials may also influence trial outcomes. If they broaden the definition to include any older adult with decreased muscle mass, they end up with results that may be generalizable but may be highly variable. On the other hand, choosing to narrow the definition to only include elderly individuals who have muscle mass loss above a certain threshold and exhibit clear signs of impaired activity, would lead to low variability among findings but potentially low capacity for generalizing the findings. Within these definitions companies also have to consider whether they want to target their drug as a preventative strategy in which case they target a milder pre-sarcopenic state versus an intervention strategy that may benefit from recruiting older, more advanced sarcopenic patients. Importantly, in the former case, a company has to ensure that they exclude not only fully sarcopenic patients, but disabled patients as well.

Likewise, how a company chooses to measure muscle loss is also important. Morphosys chose to use dual-energy x-ray absorptiometry (DXA) for its ease of use and compatibility with large sample sizes. However, because it cant differentiate between water and bone-free lean tissue, it may, at times, overestimate muscle mass. The alternatives with include MRI or CT scans are more accurate but they are also more cost intensive and reduce the number of patients that can be assayed at any given time frame. However, if a drug is thought to act metabolically, perhaps through a decrease in fat mass infiltration, MRI and CT scans would be necessary as they can distinguish between adipose tissue and muscle.

Endpoints are immensely critical in the design of any clinical trial and sarcopenia is no different. Morphosys chose to use the short physical performance battery (SPPB), an assessment tool developed by the national institute of aging (NIA) specifically for evaluating lower extremity function in older adults. While this tool has demonstrated excellent reliability and predictive validity for many adverse outcomes, including mortality, nursing home admission, hospitalization, falls, and new onset of disability, it still has its limitations mainly because disability fluctuates and is variable among older adults. As such, companies should optimize analytical strategies to account for these fluctuations. In particular it may be beneficial to do away with time-to-event designs/survival analyses and take up linear mixed effects models which better account for data that is repeatedly assessed in longitudinal cohorts and might fluctuate over time.

Although not directly included in the Morphosys trials, biomarkers involved in muscle function can be useful in understanding how a prospective drug could be impacting sarcopenia. Factors like adipokines, inflammatory cytokines, mitokines, markers of oxidative damage, and various other biomarkers have shown strong associations with several measures of sarcopenia. Many of these same biomarkers however have associations with other aging associated diseases so choosing the right one is paramount for the specific trial design at hand.

Given the complex nature of aging and aging associated diseases like sarcopenia, however, perhaps trials should aim to set fewer exclusion criteria, minimize the number and burden of outcomes, and aim to conduct trial procedures in non-hospital settings to better capture patient environments and allow for larger recruitment sizes. By allowing for larger, more diverse trial designs, and thereby embracing the complexity of aging, drug developers can quickly and more accurately determine efficacious drug paradigms without the need to spend multi-millions of dollars for drugs that fail to provide functional benefits.

Although the drug failed to show enhancements in physical function, treated patients did exhibit a marked decrease in fat mass (~20%) and improvements in metabolic parameters without loss of lean mass. Because of this, Versanis Bio, backed by Atlas Ventures and Medicxi, recently in-licensed bimagrumab from Novartis to develop it as a therapy for the treatment of metabolic disease and obesity. Currently there are other companies aiming to treat sarcopenia through various other mechanisms, including agonism of the renin-angiotensin system, agonism of the apelin/APJ system, as well as a variety of mitochondrial boosting strategies.